This activity teaches the child how to add single digit numbers together.
I've put instructions for doing this lesson the traditional way first, but I think it works much better when done with math blocks instead. The pictures showing this are further down.

I've found that this activity works much better using Mortensen Math (or Math-U-See) blocks rather than the traditional bead bars. At the very least, it would be better to use bead bars that are fused together and do not have the little wire loops sticking out at the ends.
For example, to show that 2+1=3 it is much easier to see the equivalence with the blocks than with the bead bars: 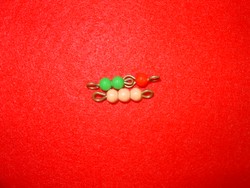 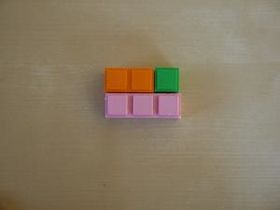 The improvement is even more apparent with larger sums: 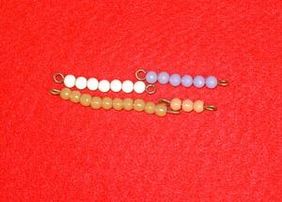 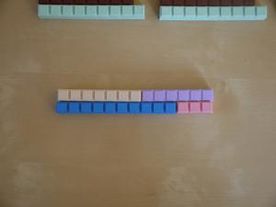 The child doesn't need to count to see that the two addends together are the same as the answer, it can be plainly seen.

The procedure for doing addition with sums less than ten is the same with the blocks as with the bead bars: 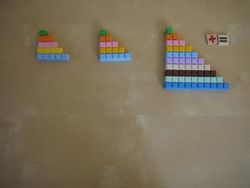 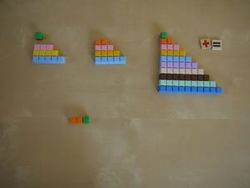 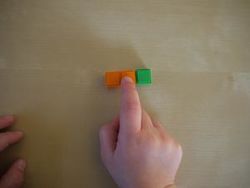 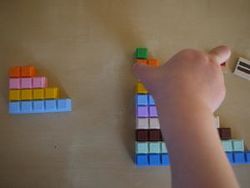 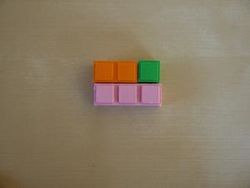 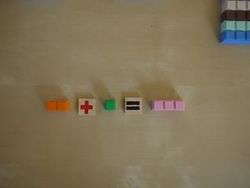 The procedure for doing addition with sums greater than 10 is similar but with one important difference.